Armie Hammer's ex-girlfriend has claimed the actor was '100 percent serious' about figuring out a way to remove her ribs so he could eat them.

Model Paige Lorenze said the 34-year-old Call Me By Your Name star brought up cannibalism 'multiple times' while they were dating from October to December 2020.

In a new interview with Star Magazine the 22-year-old said: 'He said he wanted to find a doctor that would remove my ribs. He was telling me you can remove the bottom ribs so he could smoke them, cook them and eat them. He kept saying ''You don't need them''.'

Lorenze claims that not only did Hammer make clear he wanted to eat her ribs, but had carved the letter 'A' into her skin using a knife, saying it was 'extremely painful' and he later boasted about it to his friends.

Her remarks come as internet sleuths have pointed out that Lorenze's body appeared to be covered in bruises during the few months she was dating Hammer, as photos from her Instagram seem to show purplish bruises on her back, legs and breasts.

Lorenze isn't alone in saying she sought out treatment after dating Hammer. Another ex-girlfriend, Courtney Vucekovich told DailyMail.com last week that Hammer was into 'master-slave fetishes' and told her he wanted to break and eat her ribs.

Although Vucekovich said she didn't want to get into graphic detail about Hammer's behavior during their four-month relationship, she said it was enough that she checked into a 30-day intensive course of therapy for trauma and PTSD to deal with the 'warped relationship' with the movie star after their breakup in early October.

Vucekovich, 30, said Hammer quickly manipulated her into playing along with his twisted fetishes, and that he would often fantasize about cannibalism.

'He was really into saying he wants to break one of your ribs and eat it. Like barbecue it and eat it,' she said. 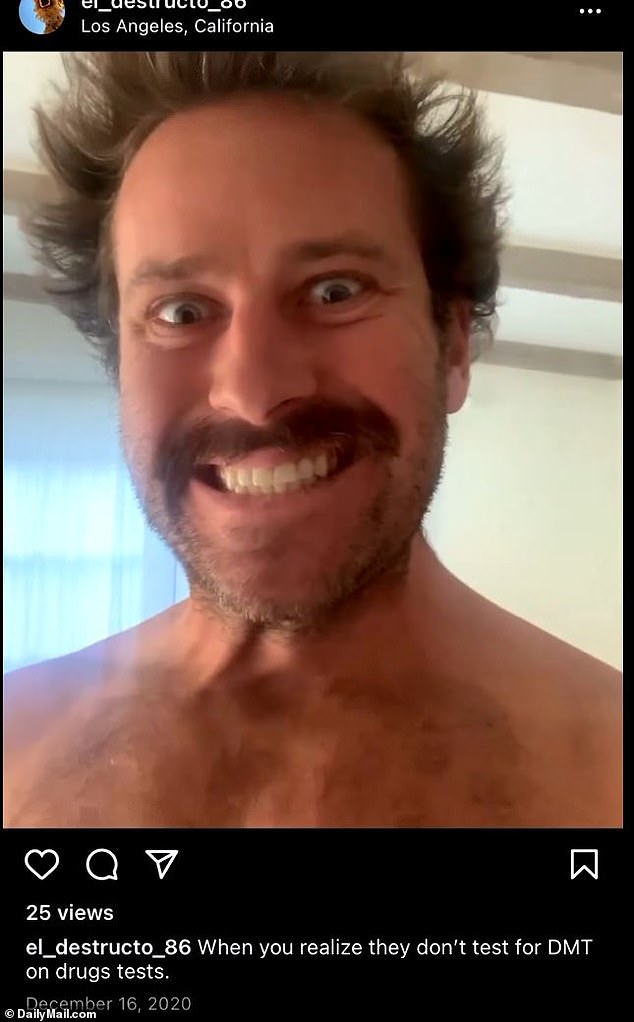 I am the very model of a scientist salarian, I've studied species turian, asari, and batarian.
Top

I am the very model of a scientist salarian, I've studied species turian, asari, and batarian.
Top

I am the very model of a scientist salarian, I've studied species turian, asari, and batarian.
Top
Post Reply
2628 posts

Users browsing this forum: No registered users and 29 guests